Acetyl L-Carnitine (ALCAR) is a powerful amino acid naturally produced by your body. You can also get ALCAR from animal foods. As vegans and people with certain genetic disorders cannot produce it in adequate amounts, it is a conditionally essential nutrient.

It boosts your cognitive functions, mood, memory, and energy and protects against age-related changes. In addition to treating various mental health disorders, it also promotes your nerve functions.

ALCAR is the most effective form of L-carnitine as it is rapidly absorbed through the blood-brain-barrier. Here it provides fats to the powerhouse of your cells, which then converts it to a usable form of energy.

Overall, Acetyl L-Carnitine is a nootropic that supports both body and mind. It is readily available without a prescription.

Acetyl-L-carnitine is commonly used in various nootropics and is readily available without a prescription. It is gaining popularity among both body and brain-building enthusiasts.

In 1952, benefits of Acetyl-L-carnitine were studied for the first time. It has been studied exclusively since then and found to be extremely beneficial for humans.

What is Acetyl L-Carnitine?

L-carnitine, named from the Latin word, flesh, was discovered in muscle tissue 100 years ago. It is a naturally occurring amino acid derivative.

Your body can make L-carnitine by using amino acids. You can also obtain it through animal diet.

As vegans and people with certain genetic disorders are unable to obtain or produce sufficient L-carnitine, it is a conditionally essential nutrient. 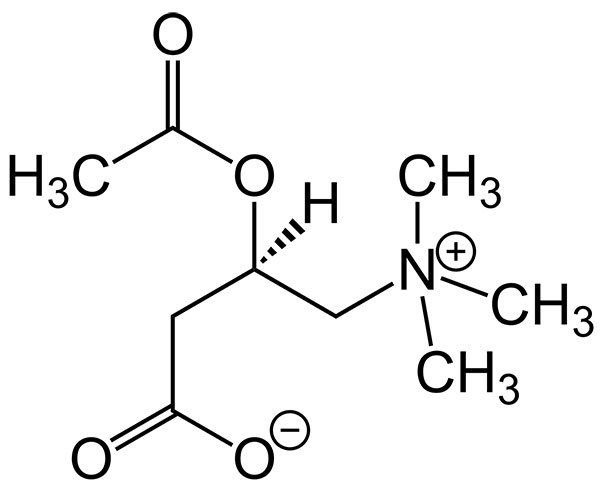 L-carnitine aids in providing energy by transporting fatty acids into mitochondria. Mitochondria are the powerhouse of your cells. They break down these fats into energy-rich molecules that can be used by your cells. (1)

In addition, it is a precursor of acetylcholine, which is a learning neurotransmitter, making it a valuable nootropic. Moreover, it improves your mood by promoting the release of serotonin and noradrenaline.

The main function of Acetyl L-Carnitine (ALCAR) is boosting the acetylcholine system. Acetylcholine is a neurotransmitter associated with memory and learning. The use of ALCAR thus improves the functioning of the brain, especially in those suffering from cognitive decline. Studies have shown that:

ALCAR is also an excellent anti-depressant. It promotes the release of serotonin and noradrenaline, boosting your mood. Various studies have confirmed that:

Acetyl L-Carnitine rejuvenates and protects the cells from oxidative stress. It is thus used in treatment to recover and slow down the functional loss associated with neurological disorders. It is seen in various studies that:

Other benefits of Acetyl L-Carnitine are:

How Does Acetyl L-Carnitine Affect the Human Brain?

On consumption, this nootropic is taken up your bloodstream. As ALCAR can cross the blood-brain-barrier, it rapidly reaches the brain.

Here it increases the level of acetylcholine, which improves memory and learning. It also reduces the risk of Parkinson’s and Alzheimer’s diseases. (10, 11)

In addition, ALCAR also increases the levels of noradrenaline and serotonin in the brain that results in improving your mood. These neurotransmitters also play an important role in the functioning of your brain. (12)

There is more to this nootropic. Acetyl L-Carnitine lowers the levels of damaged cells, energizes your cells, and prevents cellular oxidation. The damaged fat brain cells alter your energy and memory. The same happens with stress and anxiety. ALCAR protects your brain from this damage. (13,14)

The major benefit of this nootropic comes from its property of maintaining the myelin sheath, which is a protective covering of the nerves. Damage to this sheath may impact vision, balance, hearing, and overall brain health. (15)

Since ALCAR can be easily absorbed by your mitochondria, it acts as a source of instant brain energy. It is also seen to protect and strengthen your brain receptors, which helps in maintaining and forming new memory.

How to Take Acetyl L-Carnitine & Dosage?

It is soluble in water and can be taken on an empty stomach. Taking ALCAR in the morning boosts your brain functioning throughout the day. You can also take it in two or more divided doses. However, it is best to avoid taking it in the night as it may alter your sleep cycle.

The recommended dose in most of the studies is 1-3 mg of ALCAR.

What Are The Potential Side-effects of Acetyl L-Carnitine?

As your body naturally produces Acetyl-L-Carnitine, it is safe and well-tolerated.

How Should You Stack Acetyl L-Carnitine?

It is beneficial to compound Acetyl L-Carnitine with brain supplements that have similar properties to enhance brain health.

Acetylcholine enhancers work well with ALCAR. Thus, nootropics from the Racetam family will complement its functioning.

However, the major benefits of ACLAR come by compounding it with choline, chlorine, choline bitartrate, and choline citrate. But if you plan to go for stronger chlorine supplements, such as Alpha GPC and CDP chlorine, it’s a good idea to start with a smaller dose to prevent headaches.

Acetyl L-Carnitine is a natural supplement with remarkable benefits for both the brain and body. It improves brain health, cognitive functions, productivity, and slows down the age-related changes in the brain. So, it boosts the overall functioning of the mind.

This powerful brain booster works efficiently alone as well when compounded with other nootropics. It is safe, well-tolerated, and available without a prescription.

All in all, if you want to boost your cognitive abilities, improve overall health, and prevent aging, ALCAR may be a great option for you.