Ginkgo Biloba is an ancient plant that can live up to 1000 years and is thus known as “living fossil.” Traditional Chinese medicine used seeds and leaves of this tree for various health problems ranging from asthma to vertigo.

But nowadays, an extract of GB leaves is used for its nootropic effect. It improves blood circulation and thus supplies your brain with rapid nutrients and energy.

Furthermore, it increases chemical messengers in your brain that boost cognitive functions and elevates mood. In addition, GB reduces age-related Alzheimer’s cognitive decline and damage to brain cells from other forms of dementia

Overall, Ginkgo Biloba is a nootropic that enhances cognitive functioning and prevents age-related memory decline. It does so while improving your mood. Moreover, Ginkgo Biloba is readily available and a common ingredient of multiple nootropic supplements.

Ginkgo Biloba – also known as “living fossil” – was used for ages in traditional Chinese Medicine. It was also commonly used in Europe and the USA for its medicinal properties.

With multiple studies, its effect on the brain was discovered. Today, it is the commonest consumed nootropic.

As it works very well with other supplements and may boost the functioning of other nootropics, Ginkgo biloba is a popular addition to nootropic stacks.

What is Ginkgo Biloba?

Ginkgo Biloba (GB) is one of the most ancient seed plants and may live up to 1000 years. It has continued to survive even after major extinction events. GB is thus known as a “living fossil.” Although this tree is native to China, it is now grown worldwide. (1)

Extract from GB leaves was used in traditional Chinese medicine for various disorders, such as asthma and vertigo. But its main use was as a natural circulation booster. 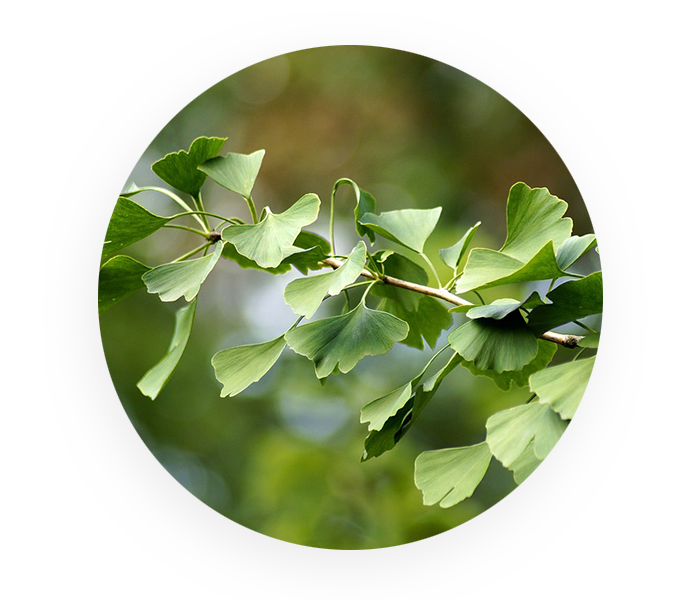 Only after numerous clinical studies, its effect as a nootropic was discovered. In Europe, it is often prescribed as a memory enhancer in old age and dementia.

In 2000, GB extract was also included in the Anatomical Therapeutic Chemical Classification System as an anti-dementia drug. (2)

Active ingredients in GB extract are mainly flavonol glycosides, terpenoids, and proanthocyanidins. These ingredients have antioxidant and nerve protecting properties. (3)

GB extract even improves the functioning of chemical messengers of your brain and thus improves cognitive functions. (4)

Ginkgo biloba improves blood flow to various parts of your body. Because of this reason, it was used as a natural circulation booster in traditional Chinese medicine. Multiple studies have shown that:

GB is used for ages for its memory-enhancing properties. It is widely used to improve memory in older people and those with dementia. Several clinical trials and studies have shown that:

As it improves blood circulation, it enhances blood flow to the brain. GB also reduces the thickness of your blood and allows your mind and body to absorb oxygen and other nutrients, boosting cognitive functions.

Studies have shown that GB significantly lowers cognitive worsening associated with Alzheimer’s disease and other forms of dementia. (9)

In addition to improving blood circulation, it also boosts your energy levels. Chinese physicians used GB as a general tonic. In clinical trials, it is seen that:

Furthermore, GB is also used as a mood booster. Various studies have shown that:

How Does Ginkgo Biloba Affect the Human Brain?

Ginkgo Biloba improves the functioning of your brain in various ways. Its most important effects are boosting blood circulation and increasing the working of various chemical messengers of your mind. Here is how it performs these functions:

The active components of GB have anti-inflammatory and antioxidant properties, which improves the use of glucose by your cells, prevents platelet aggregation, and enhances the functioning of your circulation system. (14, 15)

Since it prevents platelet aggregation, it stops blood from being sticky. GB also widens your blood vessels that helps in improving blood supply to your brain. (16)

Furthermore, it protects your circulation system from damage by free radicals. Incomplete atoms, aka free radicals, are formed during oxidation, which damages your cells and hampers blood circulation. (17)

The antioxidant property of GB neutralizes these free radicals and prevents them from damaging your cells. It may also help to repair some of the affected cells. (18)

As a result of the improved circulation, GB boosts blood supply to your brain. Since your mind can get nutrients and oxygen faster, it functions better.

The benefits don’t end here. Ginkgo improves the release of chemical messengers in the brain that boosts cognitive functions. Examples of such messengers include acetylcholine, serotonin, and norepinephrine. (19)

Besides, it also has natural monoamine oxidase (MAO), which is present in antidepressants. MAO inhibition keeps the mood-related messengers, such as dopamine, serotonin, and norepinephrine, in balance and improves your mental clarity. (20)

How to Take Ginkgo Biloba & Dosage?

Ginkgo Biloba should be taken with meals. It is available in the form of capsules and tablets.

There is no standard dosage, but a dose of 120–600 mg per day is seen to be effective and safe. You can take it in a single dose or spread it over two to three doses in a day.

What Are The Potential Side-effects of Ginkgo Biloba?

Ginkgo Biloba is seen to be safe and well-tolerated. No toxic side-effects were observed in the studies.

Only minor side-effects may be noticed, such as headache, fast heartbeat, and nausea. This depends on your sensitivity.

However, its use should be avoided with medications or supplements that affect your blood circulation. Some examples are anticoagulants and antiplatelet agents.

How Should You Stack Ginkgo Biloba?

Ginkgo Biloba works well with most nootropics. Its effect is enhanced by nootropics that improve cognition, mood, and energy. Some options are:

Ginkgo Biloba is an ancient plant whose seeds and leaves were used in traditional Chinese medicine for various health problems.

Today, the extract of its leaves is used for its nootropic effect. The primary function of GB includes improving your blood circulation.

By doing so, it enhances the supply of nutrients to your brain and thus boosts cognitive functions. It also improves memory in old age and dementia.

All in all, if you are in search of a natural supplement to improve your blood supply and cognition while protecting your brain from the damage of free radicals, Ginkgo Biloba could be an excellent option for you.