Huperzine A is a natural compound obtained from the Chinese club moss, Huperzia serrata. It is used since ages in Chinese herbal medicine in the treatment of various conditions.

As it is soluble in water, it is readily absorbed by your body. Huperzine A can cross the blood-brain barrier and reach all parts of your brain. Here it protects against oxidative damage and thus improves memory.

It also improves the level of acetylcholine – a chemical messenger in your brain that is responsible for cognition. Huperzine A thus boosts your memory, focus, and concentration.

Besides, by reducing glutamate toxicity it prevents overexcitation of your nerve cells that causes anxiety and restlessness.

Overall, Huperzine A is a nootropic that enhances cognitive functioning and boosts mental health. It does so while reducing the effect of stress and anxiety on your body. Moreover, Huperzine A is readily available and a common ingredient of multiple nootropic supplements.

Huperzine A has been used for years in traditional Chinese medicine to manage various health disorders. It has been studied for years to understand the effect on the multiple systems in your brain and body.

With a wide variety of benefits for your brain – backed by science – it is a popular ingredient in various nootropic stacks.

Although the use of Huperzine A originated in China, it is used by people around the world.

What is Huperzine A?

Huperzine A is a compound that is derived from the Chinese club moss Huperzia serrata.

Although its benefits were first identified in the 1980s, Huperzine A was used in Chinese medicine for centuries. 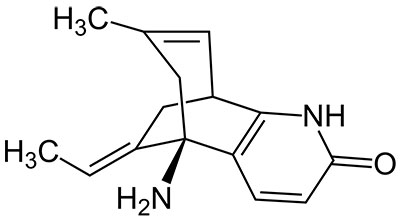 It protects your nerves and brain from damage by injury or free radicals. Huperzine A is thus used in the treatment of Alzheimer’s disease and other degenerative disorders of your nerves. (1)

Besides, it also boosts memory and other cognitive functions. This nootropic potential of Huperzine A has made it increasingly popular among individuals who want to learn quickly, think clearly, and recall accurately. (2)

As a nootropic, its major function is to enhance memory, prevent age-related degenerative changes and relieve anxiety and depression. (3)

Benefits of Huperzine A

Huperzine A improves your health in various ways.

To begin with, the primary function of Huperzine A involves protecting the brain from oxidative damage, which is commonly observed while aging.

So, let us understand how this damage occurs. Oxygen splits into individual atoms, which is a common process in your body. These atoms should be bounded by a pair of electrons.

However, as we age, the number of atoms without complement electrons increases. Such unstable atoms – aka free radicals – search for electrons to balance their structure.

If free radicals attack their surrounding cells and take away their electrons, they may damage them.

Antioxidants prevent this damage by donating electrons to free radicals without becoming unstable. (4)

The antioxidant property of Huperzine A prevents various brain disorders caused by oxidative damage. Studies have proved that:

Huperzine A improves the level of acetylcholine – a chemical messenger in your brain that enhances cognition. According to various clinical trials and studies:

In addition, Huperzine A protects your brain from glutamate toxicity. Higher levels of glutamate are usually seen in degenerative diseases and often cause anxiety, difficulty in concentration, increased sensitivity to pain, and restlessness. Studies have shown:

Lastly, it is also effective in managing depression. It is seen in some studies:

How Does Huperzine A Affect the Human Brain?

Huperzine A is a water-soluble compound. On consumption, it crosses the blood-brain-barrier and reaches all parts of your brain.

It can be found in blood within 5-10 minutes of consumption and maximum concentration can be seen by an hour.

Besides, it is also a powerful antioxidant. Huperzine A neutralizes oxidative damage in your brain, which makes it important in managing Alzheimer’s disease and other neurological disorders. (14)

Furthermore, by preventing your brain against glutamate toxicity it maintains normal levels of glutamate. This, in turn, prevents degenerative changes caused by dementia and other age-related neurological disorders. (15)

How to Take Huperzine A & Dosage?

Huperzine A is water-soluble and thus can be taken on an empty stomach.

While there is no ideal dose, the following doses were safely tolerated and effective in clinical studies:

What Are The Potential Side-effects of Huperzine A?

Huperzine A is seen to be safe and well-tolerated. No toxic side-effects were observed in the studies.

Only minor side-effects may be noticed, such as vomiting, diarrhea, and slurred speech. This also depends on your sensitivity.

How Should You Stack Huperzine A?

Huperzine A works well on its own but may give better results when stacked with other nootropics. Its effect is enhanced by nootropics that enhance the release of choline, such as Alpha GPC. Some options are:

Huperzine A is a natural supplement used in traditional Chinese medicine for various health problems.

The main effect of this compound is neutralizing free radicals and preventing brain and nerve damage caused by them. It is thus effective in managing Alzheimer’s disease.

On consumption, it crosses the blood-brain-barrier and reaches all parts of your brain. Here it improves the level of chemical messenger – acetylcholine – that is responsible for cognitive functions.

All in all, if you are in search of a natural supplement to prevent oxidative damage and cognitive functions, Huperzine A could be an ideal option for you.