Is Your Coffee Shot Boosting Your Brain

Millions of people swear by a morning cup of coffee as a long-standing habit to get them going. Often you reach out for those extra 2-3 cups of coffee through the day to power yourself back into activity. There’s much more to this savored beverage than being a trademark for a morning ritual.

Coffee extends a boatload of benefits when consumed in the right amount. Coffee contains copious amounts of antioxidants. According to research, it may lower the risk of diabetes mellitus and many liver diseases.

Coffee has a stimulating effect on the central nervous system. Studies have found that coffee can help elevate your moods and concentration levels.

Coffee boasts of a rich palette of bioactive compounds. Aside from caffeine, coffee contains alkaloids and polyphenols like trigonelline and chlorogenic acids. These biochemical compounds are abundant in antioxidant and stimulant properties.

How Much Coffee Should You Drink In A Day?

The USDA considers a daily consumption of 400 mg of caffeine to be a safe limit for healthy adults. This roughly amounts to 2-4 cups of brewed coffee in a day.

The American College of Obstetricians and Gynecologists suggests that pregnant women and nursing mothers limit their daily caffeine intake to 200 mg or less.

Note: Read the labels on your coffee bottle so as not to exceed the daily recommended dose of caffeine.

What does Coffee do to Your Brain?

The buzz that a coffee shot gives you is the stimulating effect of caffeine on your brain.

Caffeine works by masking adenosine, a neurotransmitter that relaxes nerve activity. As adenosine levels increase in your body, you feel sleepy.

Caffeine and adenosine have some similarities in their biochemical structures. This allows caffeine to substitute the receptor point that otherwise houses adenosine. As caffeine occupies the adenosine receptors, it promotes wakefulness in individuals.

Caffeine also increases the levels of neurotransmitters like serotonin, dopamine, and norepinephrine.

Let us look at how drinking coffee stimulates your brain:

Caffeine induces a spike in the levels of neurotransmitters. This may improve alertness and reduce mental fatigue.

Drinking coffee during a brainstorming session can keep you active and focussed. However,  overindulgence will do you no good.

Keep tabs on your visit to the espresso bar when working. 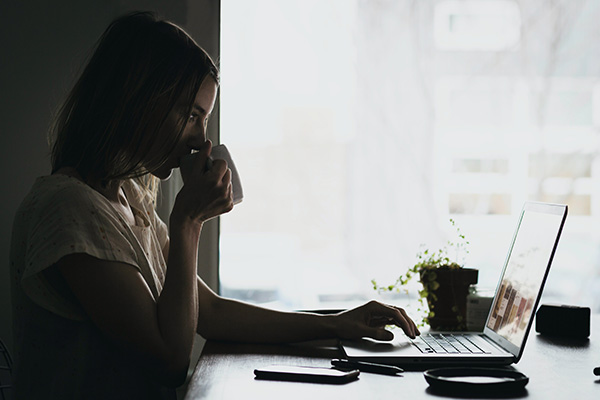 Coffee is an accepted mood booster. Most of you resort to brewing a hot cup of coffee now and then to perk up your moods.

Drinking coffee can boost your mood by keeping your activity levels high.

A 2015 study shows that caffeine drinkers were at a lower risk of depression.

Yet moderation is the key. Drinking more than the required amount can cause side effects. These include anxiety, headaches, jitters, insomnia, digestive issues, to name a few. 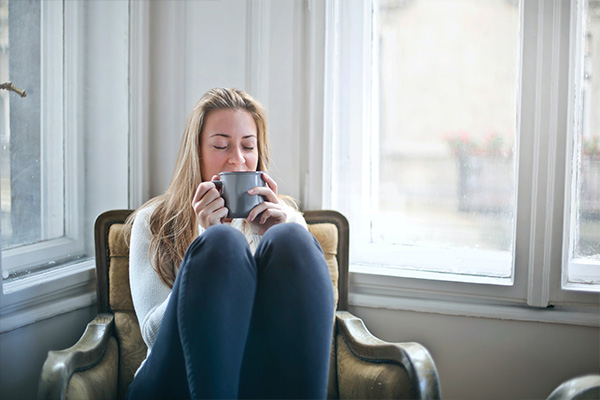 A study suggests that caffeine functions in a dose-dependent manner. A low dose stimulates activity, and a high dose induces anxiety.

Aim for moderate consumption of coffee to reap its benefits on your health.

Fight Fatigue With a Cup of Coffee

The primary reason people drink coffee is to shake out the energy slump from their bodies and stay up and awake.

Caffeine takes 30 minutes to get absorbed in the bloodstream. It can last anywhere between 2 and 10 hours in your system.

The variable half-life of caffeine can help you stay active and alert for long. That said, avoid drinking coffee late in the day to keep your circadian rhythms in sync. Coffee and its Potential Effects on Neurodegenerative Disorders

Research highlights that coffee consumption may reduce the likelihood of developing age-related disorders.

A 2013 study found that coffee intake reduced the risk of Parkinson’s disorder by 24-30%. Another 2014 study links long term coffee consumption with protective effects on dementia.

Daily consumption of 3-5 cups of coffee may reduce the risk of Alzheimer’s disease by 65%, as per a study.

Studies suggest that moderate coffee intake may reduce the risk of neurodegenerative diseases. Further high-quality research can help confirm the findings in this area.

Stating the obvious, caffeinated drinks are well-integrated into your daily lives. Coffee extends many benefits to your brain and body when taken in moderate amounts. Pregnant women and breastfeeding mothers must limit their caffeine intake to 200 mg or less.

I am a Medical Copywriter. With a Master’s degree in Medical Science, I enjoy writing about health and fitness. It excites me to provide audience with simple answers to create healthier lifestyle. I believe in research, make sense out of it, and put in simple language (Yes, I try to be a Ninja Writer :D ). That’s not giving you a lot of detail, is it? So read more here.