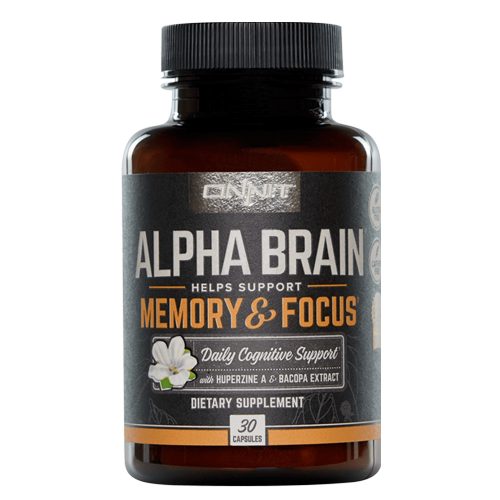 Onnit Alpha Brain is a powerful nootropic created by Onnit Labs. It was one of the first nootropics to be introduced in the market. Despite being an early entrant, the supplement still compares much better to most of the recently launched nootropics. It contains a great mix of ingredients that specifically target cognitive enhancement and focus. The company behind it is a trusted name in brain supplements and best practices. The ingredients appear safe for consumption. There are several benefits that the supplement claims to impart. From our research, we believe Alpha Brain most likely delivers on its promises. All-in-all it turns out to be an excellent nootropic for anyone looking for a cognitive boost.

Have you ever noticed the time when your brain is in the ‘now’ state, you feel calmer and more efficient?

Do you know that this state of tranquillity in the brain is induced by Alpha waves?

Brainwaves are produced by the communication of neurons with the brain. It is a  much more complex phenomenon, but in short, alpha brain waves are associated with a tranquil state of mind.

It is a state of calmness and mental alertness. Needless to say, this release of alpha brain waves leads to improved learning and focus.

Based on a similar concept, Onnit Labs created the nootropic supplement Alpha Brain.

It was one of the first true brain supplements to come into the market. People mindful of nootropics must already be aware of this popular blend.

This nootropic stack uses the choicest ingredients to make it one of the most effective formulas to enhance memory, focus, and cognition. Over the years, it has retained its popularity and is still the first choice for many who swear by nootropics.

Let’s see if it proves to be alpha when it comes to actual workings.

What Does Alpha Brain Do?

In simple words, Alpha Brain by Onnit Labs helps you experience high levels of focus. It is most useful for people who lack motivation and often feel distracted.

Alpha Brain helps you get past distractions and makes you feel more organized and focussed on a particular task. Onnit Labs refers to it as ‘the flow state,’ which means it makes you feel ‘in the zone’ when working on a task.

Curious by how this works?

Let’s go through the ingredients to see how each one affects the brain’s functioning.

Alpha Brain contains a compelling list of nootropics. Let’s dissect each one by one and see how they work on the brain to improve cognition and focus. 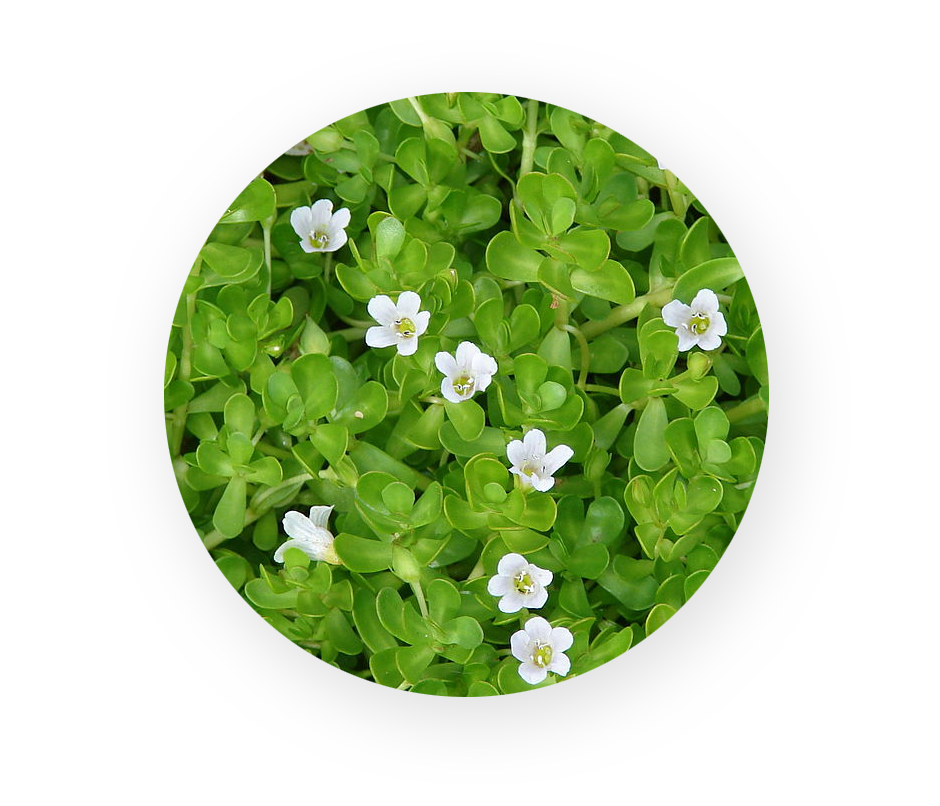 Another study published by Rejuvenation Research implies that the plant helps to alleviate cognitive disorders and oxidative damage.

Phosphatidylserine is a fatty substance that naturally occurs in the body and plays an essential role in various bodily functions.

It is known to prevent memory loss and age-related mental decline. A study published in Science Direct shows it helps with the formation of short-term memory and consolidation of long-term memory.

It also increases the Nerve Growth Factor (NGF). This can result in improved mental clarity. 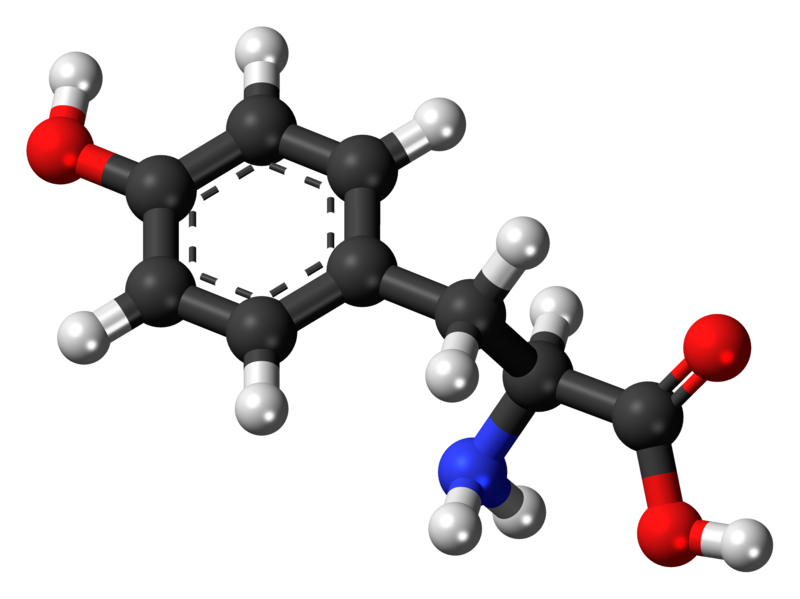 L-Tyrosine is a valuable amino acid. It helps the body to produce dopamine.

L-tyrosine helps us through stress. It can promote memory function under stressful conditions. (4, 5, 6)

Theanine is an amino acid commonly extracted from tea leaves.

It helps to reduce anxiety and stress. Theanine can also help with mood. A study published in The Journal of Clinical Psychiatry supports these claims.

Studies confirm its positive effect on mental alertness (1). A report published by MDPI  supports the anti-stress effects of Theanine.

One of its best features is that Theanine can relax the mind without causing drowsiness (1). 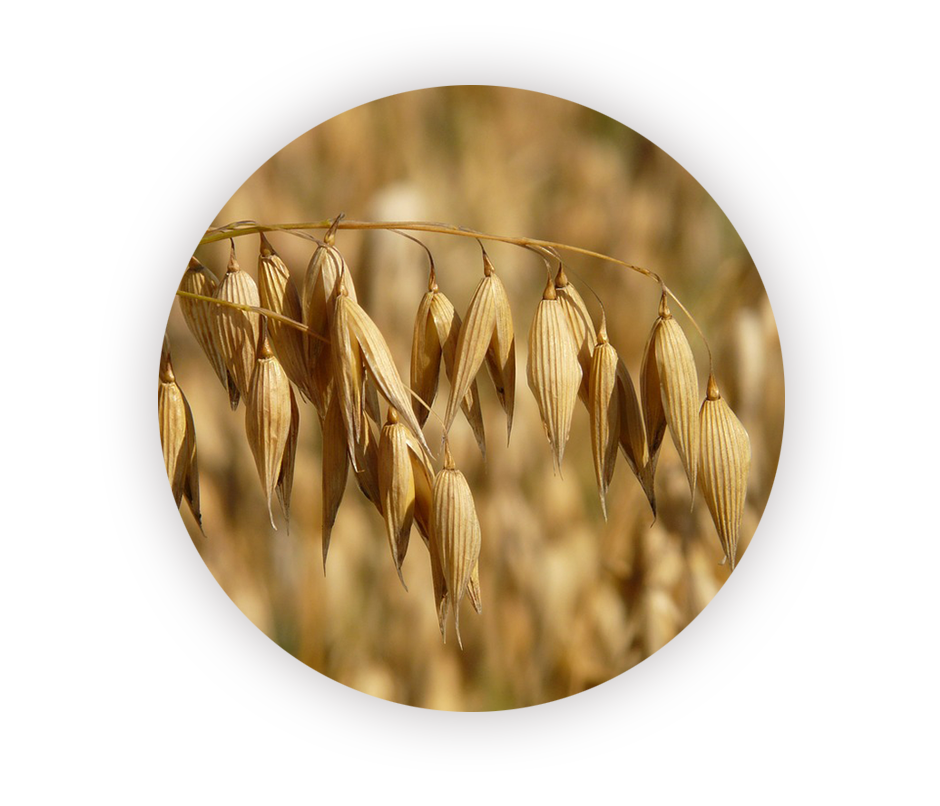 Oats is a superfood. It contains a great many health benefits in general.

On research, we found out that it indeed helps the body to boost alpha brain waves. (1) 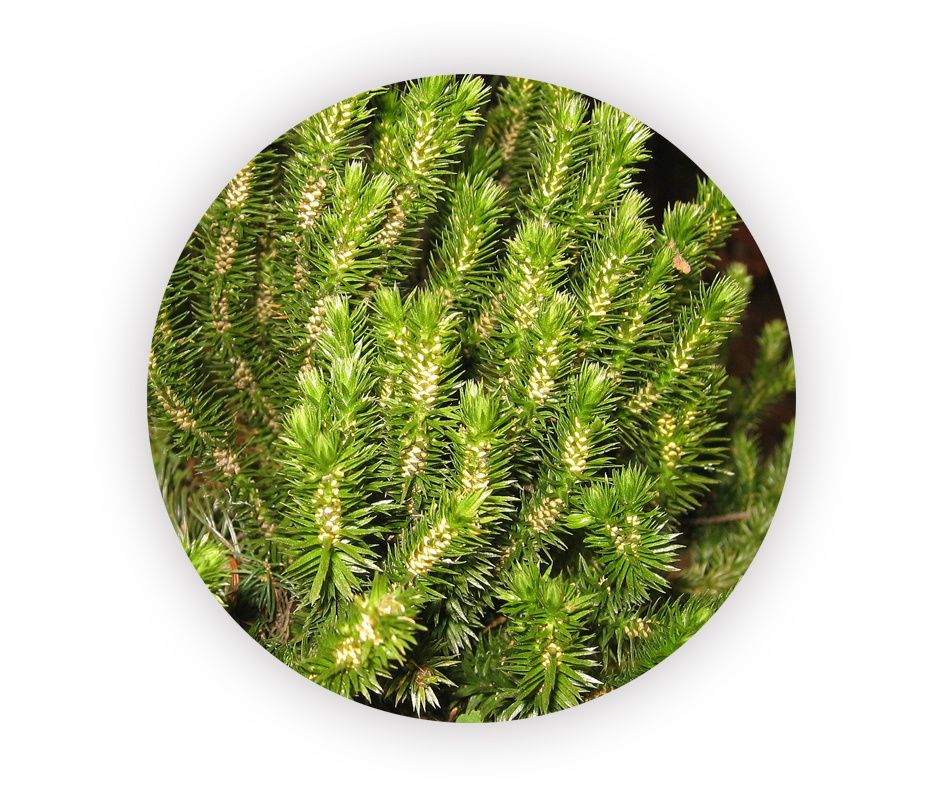 Huperzia Serrata is a club moss plant and an active source of Huperzine A.

Huperzine is an excellent source of acetylcholine and helps to prevent its breakage.

Wonder what acetylcholine does?

It is one of the most critical neurotransmitters in the body. It plays a crucial role in cognitive functions like memory and learning. (1)

Based on the research done by Acta Pharmacologica Sinica, Huperzine A is also used in the treatment of Alzheimer’s. (3) 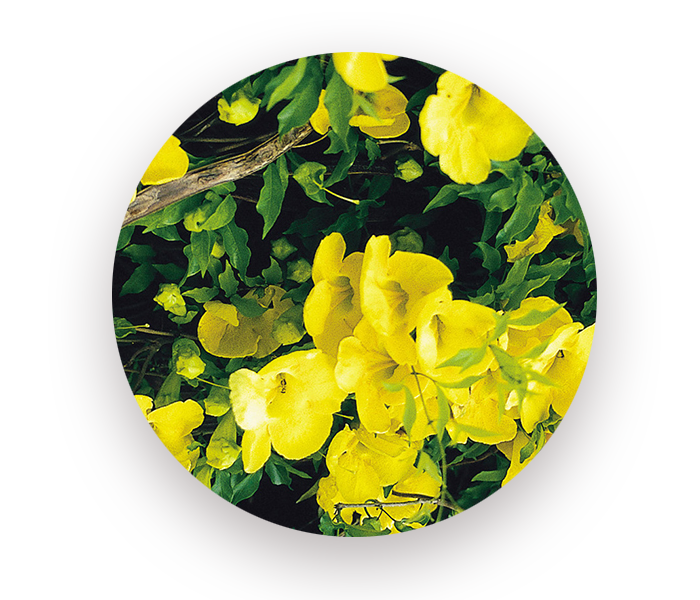 Cat’s claw is a tropical vine plant. It is a popular herbal remedy and used for treating many ailments.

One of the benefits is that it can boost the immune system (1, 2). 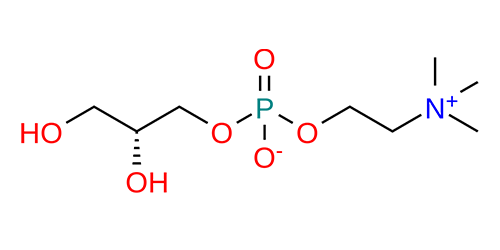 Like Huperzine A, Alpha GPC is also known to increase acetylcholine levels in the brain. Several studies prove Acetylcholine is effective in improving memory and learning functions. (1)

A study published in Science Direct states that Alpha GPC can help in reversing memory loss.

It is known to be effective in the treatment of Alzheimer’s and Dementia too. 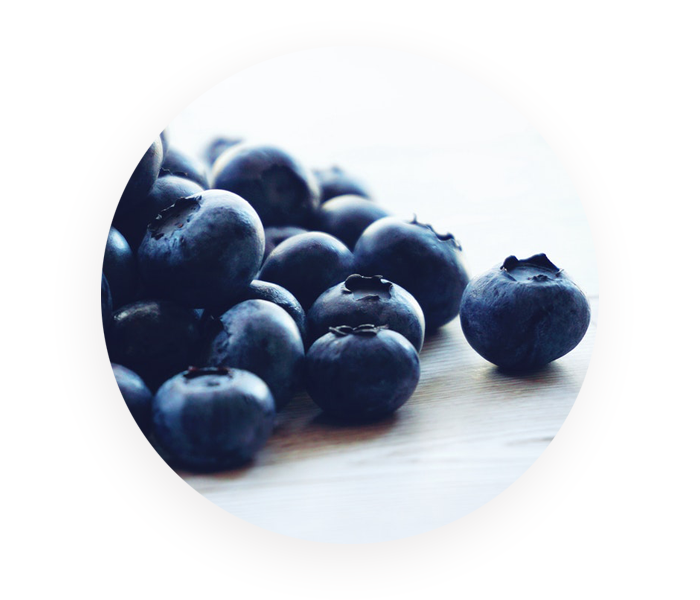 It is an antioxidant that occurs in high quantities in grapes and blueberries.

Studies claim Pterostilbene is effective in improving brain function. It can reverse cognitive decline and also release dopamine in the brain. (1)

Regarding safety, Pterostilbene is potentially safe to consume in humans up to 250 mg/day (2). There are no significant side-effects reported with its use. 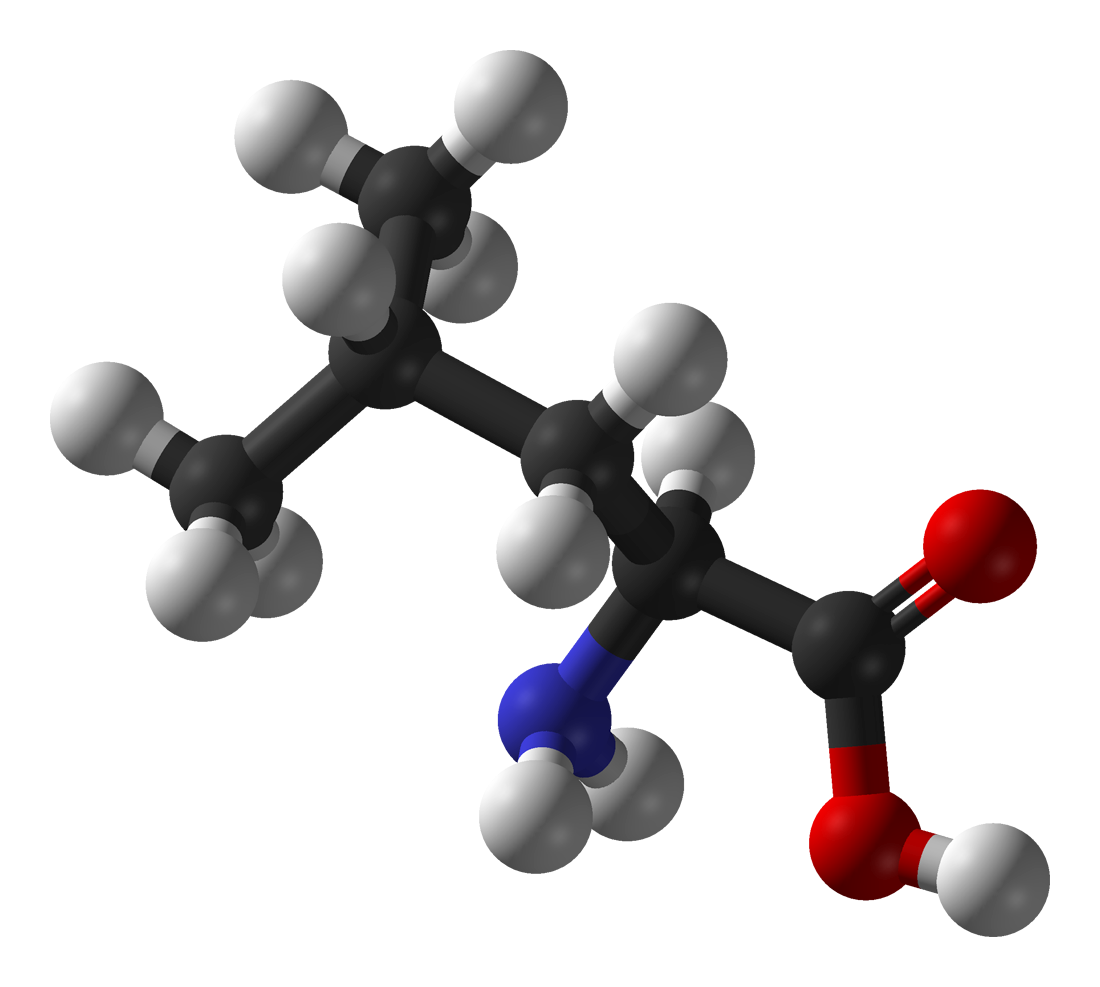 L-Leucine does not have a direct nootropic benefit. However, on further research, we found out the reason for using it in Alpha Brain is probably to strengthen the neural communication in the brain.

Now that we have covered each ingredient’s role let’s take a moment to find out the best way to consume the capsules for maximum benefits.

How to Take Alpha Brain?

We love the fact that the intake is pretty simple. Unlike some other nootropic stacks that ask you to take multiple doses spread throughout the day, this one is much easier.

If you have not tried it, you should. Me and my wife started taking it and noticed results immediately. A few days after starting I drove 8+ hours straight and back 8+ hours 4 days later. I did not yawn on either trip which is not normal for me. We have both have had better, more productive days since taking Alpha brain. Much less brain fog and feeling tired during the day. I am able to read a lot more before falling asleep or daydreaming off topic. For us it boosts focus in all areas quite a bit. I open the capsule and mix it in a shake or usually take it with applesauce. I wish we found this sooner. Give this or a similar product a try of you haven't. I think it could help most people.

I love this product. It’s like a boost of mental clarity and performance.

Was looking for a supplement that I could use instead of caffeine to help with my training sessions, homework, or any other type of computer/desk work. This has been a great replacement for sure! Steady energy and focus without the crash and depletion that comes with regular caffeine use.

What Are The Potential Side-Effects of Alpha Brain?

To start with, we did not find any red alarms with the ingredients in the label.

Further, the company Onnit is a trusted one and has been in the business of supplements for quite some time.

In fact, Alpha Brain is one of their oldest products. We believe it’s a pretty safe product to try out to see if it works well for you.

Having said that, you should always check beforehand if you have any intolerance for any of the ingredients mentioned in the label.

Our very purpose of the review is to make you self-aware about the product and its ingredients so that you can make an informed choice.

If you do not have any severe allergy or intolerance to the ingredients mentioned, then there’s nothing to worry about.

Popular supplements brand Onnit is the company behind Alpha Brain. Onnit backs and promotes the concept of ‘THO,’ which stands for Total Human Optimization.

The makers believe that the right nutritional supplements can make a human achieve their maximum potential. Be it in the field of physical performance or mental optimization.

Where To Buy Alpha Brain?

One bottle (30 capsules) of  Alpha brain

Free shipping on orders above $150

Additionally, you may subscribe for regular purchase and get 15% OFF.

The company offers free shipping on orders above $150.

It can be purchased from the official website of Onnit, Amazon, and a few other reputed online retailers like Vitaminshoppe.

Onnit is a company that positions its customers’ needs first. This is evident from their returns policy.

The company has a wonderful ‘Keep-it’ return policy. This means that if you don’t like the product you can simply keep the product and also get a refund.

All you have to do is send them an email and explain the reason why you didn’t like the product.

Is Alpha Brain A Good Nootropic For You?

After running an in-depth review of this nootropic supplement, we can confidently say that Alpha Brain by Onnit indeed is one of the best supplements we have come across. It contains some of the best nootropics that are well-researched for efficacy and tolerance.

Starting from L-theanine to Bacopa, there’s a good mix of ingredients that boosts the mental faculties. We were surprised to see some lesser-used nootropics like oat straw, but upon research, we did find good reasoning behind it. These ingredients help to boost alpha waves, which is the very reason for creating this supplement.

All the ingredients, in theory, appear to provide proper nourishment to the brain to carry out its tasks effectively.

The customers have been raving about this supplement so we are assured that even practically the product is working for many individuals.

We found the company is pro-customer. No other company we have reviewed so far gives a full refund without asking for the return of the product. Pretty sweet deal, isn’t it?

If you wish to try it and see for yourself then visit their official website below.